We recommend that you have JavaScript enabled to enjoy this site!

Inside the Mind of House MD

Consider the humble physician - devoting time and attention to patients in need;
maintaining a commitment to life-long learning to keep his or her skills up to date; upholding the Hippocratic oath; and reviewing scripts for a top-rated television drama in the heart of the Hollywood Hills.

Not expecting a doctor's responsibilities to be so broad? Neither was UCLA physician Harley Liker MD. When Dr. Liker entered the profession he was sure that medicine would be a varied and interesting profession; but no one was more suprised than he when he found himself working on the script of the award winning medical drama House MD.

Access to and interest in medical matters has never been greater, and the advent of interent search engines such as google and wikipedia means that everyone can be a home-made medic. The international success of shows such as Grey's Anatomy and House is proof of medicine's popular appeal. Dr. Liker, one of the medical technical advisors on House - the most watched show in the world - agrees that medicine is something that we can relate to.

Liker was the first medic to be brought on board the Emmy award winning show, and explains how he landed the job several years ago.

"My son Jake was in preschool with the daughter of House's creator, David Shore. David and i would discuss new projects and one time he said "I've been asked to pitch this idea of creating a television show'. His idea was that he was going to create a physician who was going to solve mysteries; the term he used with me was 'I want him to be like Sherlock Holmes'.

At the time, a drama based on medical mysteries had never really been done before. Shore, had a background in law but needed someone with meidcal expertise to get the show right. Liker recalls the early stages of getting the show off the ground where he drew on his experience in the profession to come up with the character credentials.

"When it came to the characters and their professions I immediately said you're going to need an oncologist", so that's what Wilson - House's best friend - became.From a dramatic standpoint you want oncology to feature in the show. it's life threatening and allows for emotional highs and lows and that's drama.

"Also at the time of my discussions with David, the Anthrax scare was not too long ago and there was a lot of concern about bio-terrorism. I said you need an infectious disease person because people get really sick from all kinds of strange organisms - so that's what Dr. House became. Furthermore you need a neurologist because that allows for dramatic signs such as seizures and directs interest to the brain which fascinates people and so we had Foreman."

Download Full "Inside the Mind of House MD"Article (PDF)

Harley Liker is one of the pioneers in providing high quality personalized health care services. 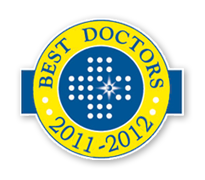